A Brief Note to my Future Reincarnated Self 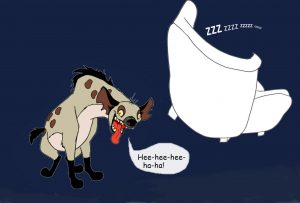 I get insomnia. Often.  I’ll sit in the dark and errant thoughts will invade my mind like a pack of hyenas.  The worst ones are about death and dying.  I don’t know why I do this.  Maybe it’s because Violet, my cat, is sitting on top of me.  I think maybe she has insomnia too.  Maybe she worries too. Or maybe she’s just trying to suffocate me.   But it’s hard to tell what’s on the mind of a cat, in the middle of the night in the dark. I don’t know if she’s worried about death and dying or that bowl of stale tuna on the floor.

I suppose I spend a lot of time thinking about personal oblivion because it’s inevitable.  You can’t change terminal.  You can delay it, but like a bad memory, thoughts of the final exit can linger and become overwhelming if you let them.   No one really knows what happens after death, they claim they do, but there is little, actually nothing, known about the afterlife.   All we really know is that we don’t want to go there. Not right now anyway.

Some people hope for reincarnation.  If there is reincarnation, who would the new me really be?  Would I still be me in another body?  With another brain, DNA, and body chemistry, how could that be?  Or would I be the inner me, what some refer to as a “soul”, an underlying subconscious that may continue to exist after we die, the self. 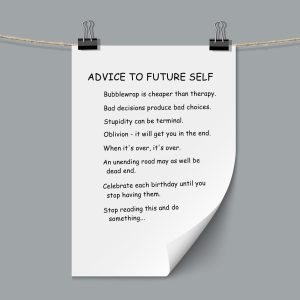 I hate to think of being reincarnated and having to relearn all of life’s lessons from scratch. If I had an inkling of who I would be, that would help. I could leave my future self a note, advice, a list of helpful pointers and hope that “I” or that self would find it.  That way I wouldn’t make the same mistakes all over again, kind of like avoiding the loops of repetitive actions and events of the tv weatherman in the movie Groundhog Day.

I have no idea how I or the new me would find this list.  I don’t know where to leave a list or how to get the new me to recognize it.  Who knows where in the continuum of time the reincarnated me will pop up and when?

It’s daytime as I write this.  I am going to be an optimist and write up a list of suggestions anyway.  And if the new me really does find this list, this is what it will say: 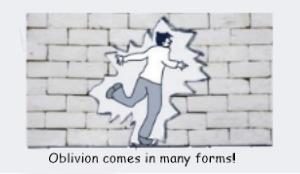