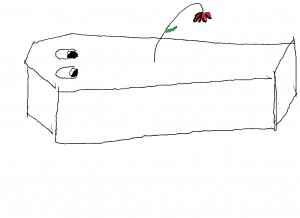 It’s the middle of the night- 2 AM precisely- and I can’t sleep.  I’m sitting in the dining room, in the dark, and thinking.  Thinking … Thinking hard…  Cerebral night sweats is what I call it.  What else can you do if you’re in the dark?  And besides, there’s lots to think about.  Assuming you are all alone.  (If you’re not alone, there are other things to do, depending on who you are with and how much trouble you want to get into.)

I’m in the dark.  All alone.  No night light, just pitch black. But I’m alert, because I’m wide awake.  No confusion or stupor here.   I know what you’re thinking.   Just another insomniac rant.  Another insomniac staring at the ceiling.  Someone with indigestion or an insatiable itch who just can’t get a good night’s sleep unless they have something to complain about, like how their mind is falling apart. Well, that’s me alright and I have several things on the loose in my brain.  Like religion.

When I was little, well intentioned people told me Heaven was just  above us and all our loved ones were  “up  there” looking down on us.  I really believed them.  Like there really was a layer of ectoplasm between space and Earth.  But I could never see it. But it was supposed to be up there.  Up  above the clouds.  Where’s that space station? Are they orbiting through ectoplasm?  I don’t think so.

There are 7.2 billion humans  on this planet. And that number is getting bigger all the time.  And they all have souls. ( I’m not so sure about some people.)  I wonder what would happen if everybody died all at once.  All those souls trying to pass through the pearly gates at the same time.  Would they be patient?   Or would they be clamorous and petulant insisting, “I was here first!”  How would they elbow each other out of the way?  Would there be gridlock? Would the souls be ranked?  If so, how?    Or would the incorrigible ones be sent to “the other place downstairs”?   Maybe it  would  be more convenient to declare someone “nasty” and send them downstairs any way just to make room for someone else.   Boy, that would make me hot under  the collar!

And then you have to consider all the souls of the prior dead.  The afterlife must be getting very crowded.  Heaven must  be teeming, squirming, with  overflow.  Maybe the overflow goes to Hell.  Maybe there is a “cutoff valve”.  Is it worse in Hell? More crowded?   What about animals?  What if they have souls?  The rainbow bridge must be really creaking.  How crowded can things possibly get?  Sounds like a good case for reincarnation.

There must be social issues.  What if the souls of people you didn’t like are there? That bully from the fourth grade?  How did he get “in here”?  He should be in Hell, but here he is, in Heaven, with me.  But if he’s in Heaven with me, then maybe I’m not really in Heaven.  Maybe I’m in Hell, with him.  But then, maybe Heaven is just a figment of somebody’s imagination, somebody who was scared shitless of not having anything to look forward to after they died.

Family matters…issues…are they still there?  If a soul retains a personality after death, there could be a lot of uproar.  My uncle (a Republican) and mother (a Democrat) died over 10 years ago.  Bet they  are still fighting.  Divorced spouses? Estranged relatives?  What to do about them?  On the other hand, if personality resides only in the brain, then everybody is going to have a spiritual cleansing. When brains rot,  everybody is going to be very bland.  Kind of like having a spiritual  form of Alzheimer’s.  How boring!  Where’s my harp?

Everybody has their own thoughts about an afterlife.  Many of them are sure they know even if it’s only because another human being told them.    As for me, I’m not so sure.  I’ll just stay up and think about it.