How Not To Get Any Writing Done by Maggie Millus 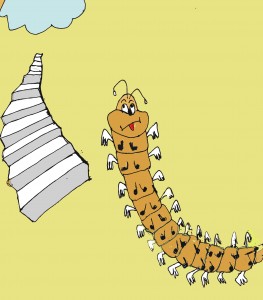 Floyd. Eyeing his stairway to Heaven.

Another day.  Another day of boredom.   I was looking for something to do.  I knew I should be writing, but some days, maybe a lot of days, that’s something I would rather avoid.  Writing – I have a love-hate relationship with it.  It’s a five letter word for two four letter words: hard work.  Anyway, if I poke around long enough, I can find something else to do.  There’s always housework.  But I really hate that.  Not that I don’t like being clean, but getting there can be tedious if not outright exhausting.

There’s another thing I can do and that’s annoy my husband, Howard.  I’m really good at that.  As a matter of fact, I’m good at annoying a lot of people.  The easiest way to annoy Howard is to find some work for him to do around the house.  I want him to feel valued, wanted, needed. And just a little bit, but not a whole lot, irritated.   It keeps him on his toes. Besides, he has all those tools and gadgets.  I think if you spend that much money on a “gadget”, you should get your money’s worth out of it.

I’ve always wanted crown molding.  Crown molding goes around the ceiling and wall interface.  It  makes a room look so elegant.  Is there something wrong with the ceiling and wall like it is? No.  I just want Howard to be busy. So I can watch and not write.   “Hey, Howard,” I yell.  No response.  I call out again, this time louder.  Still no response. I think he’s hiding.  It’s now beginning to dawn on me that this is going to be a hard one.  I’ll be lucky to get him to put his socks on.  “Howard?”  Still no response.  I think I need bait, maybe even a rod and reel.  I try another tact.   “Hey Howard, wanna go to Home Depot?”  That should do it.  But it doesn’t.  He’s nowhere in sight.  Crown molding?  Not today.

I could do some gardening.  Maybe I should get one of those plastic iguanas.  A big one. I could  place it in the bushes just where the neighbors can  barely see it.  But then I’d have to do a lot of explaining to Animal Control.  I can see them out there with a really big snare, hiding  behind the hedge, stalking the iguana.  But I don’t think it would go well.  Especially after I laughed my ass off and yelled, “Gotcha, Mr. Animal Control Man!”   I’d probably get a citation for disturbing the peace or disturbing an already disturbed city employee.  So that’s out.

I know I’m  eventually going to be stuck with writing.  When I’m forced to write and have nothing to write about, I look for a muse.  Usually it’s one of the cats.  But Tom Brown, my overweight  feline annoyance, likes to sit on my keyboard.  Sometimes he even adds text to the screen.  Lately I’ve stooped to an all time low. Literally…a millipede.   I named him Floyd.  I found Floyd at night, under leaf litter by the back door steps. Holy Godzilla!  Floyd was big!   He  (or she?) was the size of my middle finger and surrounded by mini-millipedes.   Floyd’s offspring or just friends?   Who knows?  With Floyd ‘s inspiration, I could knock off a paragraph or two.  But I don’t tweet about Floyd. After all, who would believe a domestic millipede could get that big?  On the other hand, this is South Florida, so anything is possible here.

But Floyd is gone.  I don’t know where.  My fat, tubby , sluggish muse, has engaged all  thousand  legs and  flown the coop. Actually not a coop…just my doorstep.  Thousand legger?  Yep, that’s Floyd.  Floyd, the Goliath among millipedes,  eater of dead leaves, has beat it out of here and apparently  at a very fast pace.

I know what you’re thinking, she has a millipede for a muse? You’re probably thinking this is just another crisis du jour, that I’m just another writer who has gone over the edge.  Like a lemming.

But I checked this morning.  Floyd’s not there and nothing is getting done.