Not A Chance by Maggie Millus 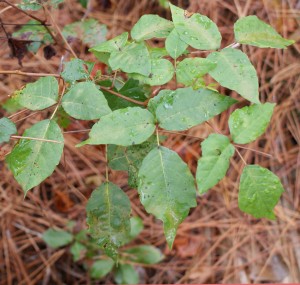 Sometime I wonder about myself, how I can get myself into situations  that are going to make me miserable.  Like camping.  Now I have nothing against camping but if there is a motel around and my car hasn’t broken down in the middle of a national forest, I’m going to go with the motel.  One without bedbugs, please.

We used to camp, mostly with bed rolls and tents.  Some of my best times were dragging my daughter, Jennifer, through fallen limbs and mudholes.   And she’s about to get even.

“Just us.  You know.  Mother and daughter bonding.”

Now I have no clue as to where this crazy idea came from.  She’s long past 20 years old and as for me, well, you guessed it.  I’m worrying about a future punctuated by broken hips, not tree limbs and dirt.

“No, we’re going with a group of people.  Friends from my run and sweat club.”

I thought about it. For a least 5 minutes. And then I saw it, forty campers.  All scrambling around in the woods in the middle of the night looking for a place to pee.  In open pit toilets.  It was there on the Internet . The site has open pit  toilets.  What the hell does that mean?  Outhouse? One seater or two? Maybe just an outhouse without any seats?  I’d ask if it was a multiple occupant outhouse, but if it actually has no seats, then  that’s  a moot point. No seats.  Hmmmm.  Maybe you perch on a tree limb!  No matter.  At least I’ll know where the flies are coming from.

I gave camping some more thought.  Afterall, how bad could it be? As long as there weren’t any parasites…worms or amoebas.  I don’t like mixed company.  Once when I was a kid, I gulped down a big bite of a ripe peach. Then I saw the rest of the worm, still shaking its wiggly booty at me.  No more peaches for me and no more worms rooting through my large bowel like lemmings headed for a cliff.  And as for the amoebas, those nasty single celled things  can burrow their way into your brain if you get a noseful of water.  And they’re every where in Florida lakes and rivers.  It’s time to boil more water.

I love trees, but not looking at them from the ground up.  Besides I won’t see them for the tent.  I’ll need a tent with a window.  Mine is too cheap and old to have a window.  And it smells.  Like fetid muck and moldy rainwater.

I don’t enjoy hard dirt.  Not for digging or sleeping.  I could use an air mattress.  Then the ground – hard and sharp with rocks – could cause  an  air mattress blowout.  Tents are closed systems, if you close them right.  So…what if I fart  and blow myself out of the tent? It’s a possibility.  Very bad intestinal gas with shock waves.  That’ll do it.  And besides  my old  bedroll  smells.  Like stale bean farts.  At least the body odors and skin cell DNA are mine.

There’s miles and miles of trails in this park.  I’m gonna bring GPS and a rescue  dog .  And I’m going to tie my boot laces real tight. I’m not going to lose my shoe on that trail and  make like Cheryl Strayed.  As a matter of fact, I don’t want to walk at all.  Four wheel drive is what I have in mind.  Maybe I should just settle for a bike, a tandem touring bicycle.  Jennifer can peddle.  For the both of us.

The park has public showers.  Public?  How Public? What else – not who-  is in there? Just exactly what am I going to step in?  Bear scat?  Raccoon dump?  Time for flip flops or hiking boots if I don’t mind getting them wet. Hey!  Maybe I’ll get to wear my camouflage shower cap!

And then there’s the food.  It’s diverticulitis time!  Campfire or Sterno® stove but no microwave to  cook something complicated.  I guess it’s gonna be hot dogs, baked beans, potato salad,  and cola.  Hello Mount Vesuvius!  Not to worry.  Jennifer’s a problem solver.  She says I don’t have to worry about keeping the edibles cold, we can eat granola bars.  Not a chance!