In Memoriam for a Vacant Lot

Today, in the town of Moola Moola, development was begun on the last piece of open,  unpaved space.  It was a fragment, an abandoned piece of land, long since bull-dozed of its native vegetation. It sat there for decades, getting smaller and smaller as lanes of the adjacent road encroached its footage. Too narrow and small for any building of significance, it was zoned for single family residences. 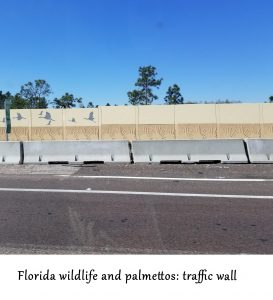 The undeveloped property was a lot that no councilman or woman could stand to see empty. “No lot should sit there vacant, with nothing on it,” the council members decried.  And so they changed the ordinances and the zoning to accommodate multi-family units or villas which they will soon be called.

The ground is to be broken for several high-density complexes to be built on the site not much bigger than a postage stamp.  Each three-story complex will consist of several units and be named  Between The Green, a reference to the previous wooded areas that once existed across the street from the complex and to the grass and plants in backyards immediately behind the complexes.

Neighbors adjacent to the project had discussed environmental and quality of life concerns at several City Council Meetings but in the end, were rebuffed with an almost unanimous vote

okaying the project.  Councilman and Mayor Bill Malarkey said, “The lot is just sitting there.  It can’t be allowed to do that.” A backroad or alley along the neighbor’s properties would solve the traffic outflow problems, they said.  But no filters for the toxic automobile exhaust and noise from incoming and outgoing traffic would be provided.

Code restrictions and easements were changed on behalf of the developer who lives out of the country but has connections with local movers and shakers.  Enthusiastic council members predicted more Jobs would be available even though they were for employees of the developer, most of whom live in another country.  Quality of life for the neighbors of the complex was not the council’s or developer’s concern.   The developer doesn’t know them and doesn’t care. He did not attend the city council meetings but his lawyer representatives were there.

Design of the complex is by architects, who according to plans and images, love industrial gray.  It’s rumored that prison design is their specialty. City council members agreed to landscaping ordinance revisions.  It was no concern of theirs that landscaping would be minimal. The adjacent neighbor’s yards would provide greenery and relief from the starkness of the complexes.

This grand state of Florida was once covered with diverse greenery, swamps, pinewoods, and coastal communities.  Long ago each ecosystem was part of a bigger expanse, one populated with oak and tropical hardwood hammocks, wetlands, and lush forests filled with wildlife.  Panthers and other mammals moved across its terrestrial terrain; alligators, fresh water fish, and water birds cohabited its wetlands.  It is painful to acknowledge what we once had and what we now have.

The little vacant lot is a metaphor of what has happened in this state. Gradually the state has been consumed by population growth and exploited for the needs of developers, land owners, and industry.  First these exploiters said they only wanted half and they got that.  Then they took half of the other remaining half. And then half of that. They kept taking until it appeared there was nothing left.

And now there is nothing left.

Disclaimer: All names used in this essay are fictitious.  They are not the names of real people, places or developments.