The Undaunted – Runners and Daughters

I have a daughter who, once she makes up her mind, there is no changing it. I call it stubborn, she says she is undaunted, persistent. I think maybe she is also a little daft. Especially when it comes to distance.

She’s decided she would go on a trail run, a crazy marathon run of some 20 miles. I checked the weather – no snow, just wind and lots of dark cloud cover. And cold. The day will be so cold the ducks will be wearing ice skates. 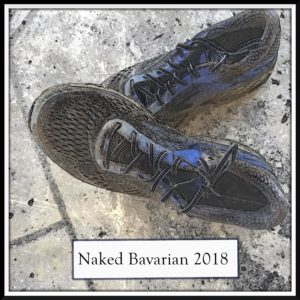 I think it’s nuts. I tell her that doing this kind of stuff might kill her, that life is short enough already, and that she might not live as long as me or better yet, live to the age of 92 like her grandfather and Uncle Pete. She says, “Not to worry. It’s my adventure genes. And besides, the family line has longevity genes, anyway.” Longevity genes? I think they’re probably stupidity genes.

I feel protective, and it’s not helicoptering. Maybe I should go with her. Hell no, it’s cold, too cold and besides the trail is dirt, and gravel, and rocks. And it’s on an incline with a steep angle. Probably up and down a mountainside with my luck. I might slip and fall. What if one of us broke something? I would have to carry a back pack with first aid supplies like tourniquets, mustard plasters, bandages, Plaster of Paris…

Two days earlier, the trail was within the edges of a nor’easter. There might still be snow on the trail. I once slipped on a snow and ice-covered glacier trail in the Arapaho Mountains in Colorado. I fell, landed on my butt, and broke my wrist. I was lucky I didn’t fall on my head. I’m saving that for another day.

But If my daughter fell and got hurt, how would she get to an aid station? Crawl? Swing from trees? Who would fashion one of those pole stretchers from tree limbs for her? I don’t think she carries an axe or even a hatchet. So there’d be no tree cutting for stretchers, not even for makeshift crutches. 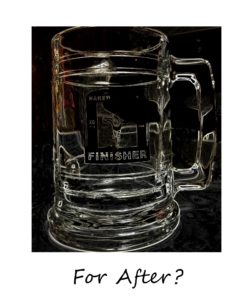 Where does someone go to the bathroom on a 20 mile trail run like this? With the bears? Or are there porta potties? I can’t see how anyone could drag one or more porta potties onto rough terrain, into the woods, up inclines, and into the middle of nowhere. Maybe there will be buckets along the way. A bring your own disposable bag kind of thing. We did that once, here at the house, when the septic tank failed. It’s awkward, but it works. And if you carry and run, you even reduce your ecological footprint.

This is a 20 mile run. There’s also a 40 mile run in the same locale. I’ve read about other runs and ultramarathons like the Skunk Ape 806 in Dixon, Illinois. 33.75 miles! I’d run too if a skunk ape was chasing me. But we have skunk apes in Florida (so they say). And I don’t run anywhere in Florida. Le Grizz in Montana is a 50 mile run. Maybe runners are being chased by bears. After all, it is Montana! The final running coup de grace is the Bad Water Death Valley Ultramarathon. A 135 mile run in mid-July! No bears there, they’re all dead of dehydration.

How does a person prepare for such a long trail run? You have to have stamina, muscle tone, and the agility of a mountain goat, especially on rocky inclines. Hooves would help. And then there’s the mental preparation. You have to really believe in yourself and be able to shut out desperation and defeat.

It sounds good but I don’t like pain or exhaustion. So, while my daughter does her thing, I think I’ll work on some other challenges, like overcoming surges of out-of-doors idiocy and turning off any stupidity genes I have. Maybe I’ll just shrug off the urge to do this kind of thing as a passing moment and go lie down until the thought goes away.

After all, I can always stand on the sideline and watch my daughter as she goes slogging by. A good wave, and a “Hey! How’s it going?” should suffice.